Godskin Apostle is one of the various optional bosses that can be found in the world of Elden Ring. As the boss is optional, players are not required to defeat them to advance in Elden Ring, but they do provide notable useful items such as Black Flame Ritual, Godskin Peeler, and Runes. You can encounter this boss near the upper northern reaches of the map, located in a small village that belongs to the Atlus Plateau region. 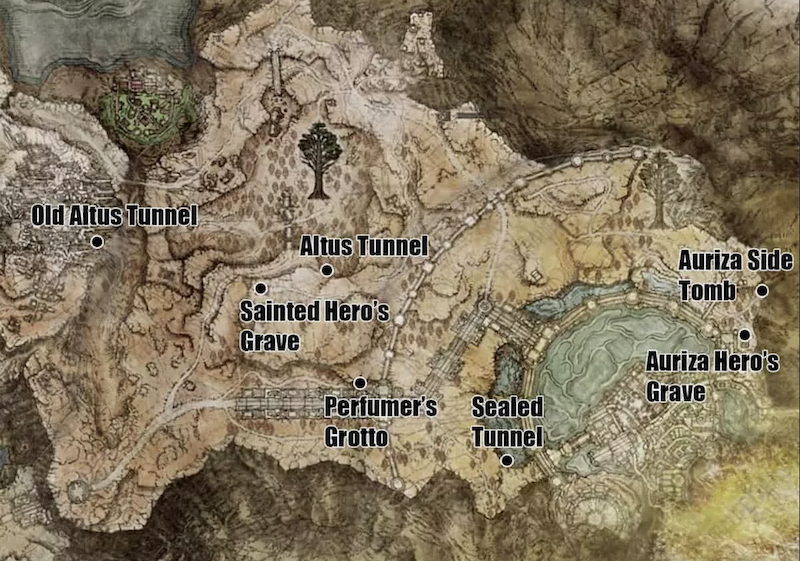 Before getting started, let’s take a quick look at this boss:

Knowing your opponent’s strengths and weaknesses as well brings you the opportunity to defeat them. Taking advantage of the below information may help you beat the Godskin Apostle:

The boss has two phases and numerous attacks that keep his opponents on their toes. He moves and attacks extremely fast. Thus, if you want to attack this boss from the extended range with a spear, or get in close and get a hit off quickly before backing away.

The Godskin Apostle's biggest weakness is Blood Loss: Players are strongly recommended to take in a weapon that causes blood loss with every hit, and also one that has either range or quick strikes to it.

Some tips to beat Godskin Apostle:

This boss is vulnerable to blood loss, so a confused hand-to-hand fight will be highly effective for both variants, especially if attacked by a bleeding weapon. The more blood he loses, the weaker he becomes.

Try to collect a few dual hits in every attack the boss tosses at you. By the way, you can summon other players who are able to use a bleed weapon, causing the blood buildup to stack. 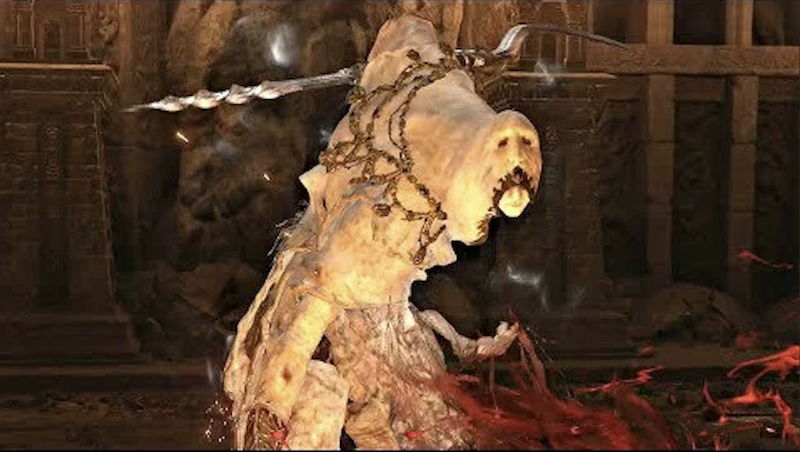 By using a ranged attack, you can either cheese the boss or spam various sorceries at him until his death. You can go for the cheese if you are tired from the struggle and have confronted him several times. You will need Comet Azur for this (Sorcery). You can use the sorcery you learn on the Atlas Plateau for both the encounter in Windmill Village and the encounter with Caelid further on. As you begin the battle, pour Cerulean Hidden Tear into your Wondrous Flask and consume it. You can tank the boss for a short while after calling any Spirit Ash. You can use Comet Azur for longer than ten seconds with the Hidden Tear, obliterating the boss' health bar. 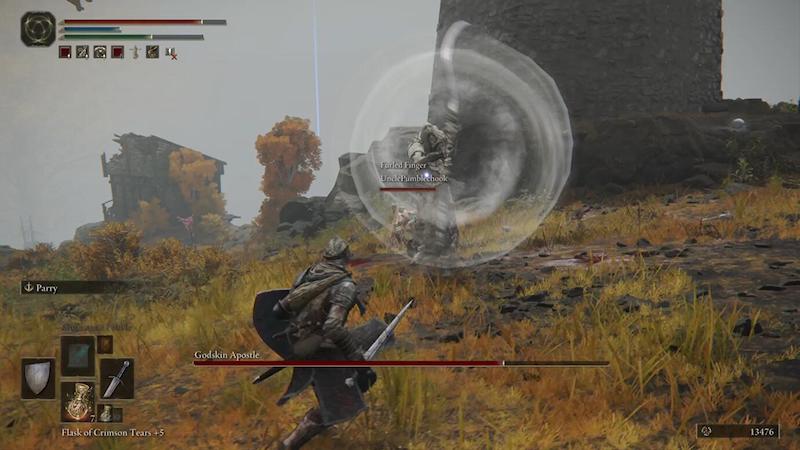 The boss is strong against Physical Strike attacks, so if you are using hammers or clubs, change to other useful weapons before going into the fight.

Players are recommended to use Spirit Summon such as the Jellyfish to defeat this aggressive boss. The Jellyfish can distract the boss’s attention from you, allowing you to attack the boss with a jumping attack to his back. 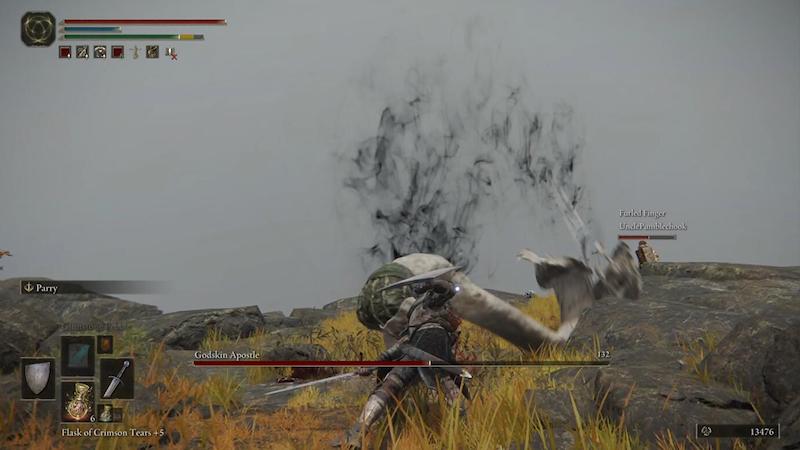 When the Godskin Apostle is knocked down, the reward for your effort is to get 14,000 Runes.

The Godslayer’s Greatsword is found in a chest behind where you fight the Godskin Apostle.

You can totally beat the Godskin Apostle at a lower level, but try to avoid making mistakes. Some of his attacks do massive damage, and he has a large health pool, meaning you’ll have to battle for an extended set.

How To Beat Godskin Noble