In the Elden Ring, Flying Dragon Agheel is a Greater Enemy Boss. This Elden Ring Flying Dragon Agheel Guide offers boss locations, advice, techniques, and videos on how to quickly dispatch Agheel in addition to boss statistics and Agheel's lore. Bosses are distinctive and difficult Enemies that can be found across the Lands Between. Bosses of Great Enemies have a chance to drop uncommon Spirit Ashes, weapons, spells, and other items. Players don't have to defeat this boss in order to proceed in Elden Ring; it is merely an optional boss. But doing so results in helpful things and Runes.

Overview of the Flying Dragon Agheel in the Elden Ring

Players can find this boss at the Dragon-Burnt Ruins in Limgrave, which are located around the center of Agheel Lake. Moreover, this boss is optional, the dragon will spawn when you approach the small island northwest of the actual ruins site, which has a bonfire and some followers. 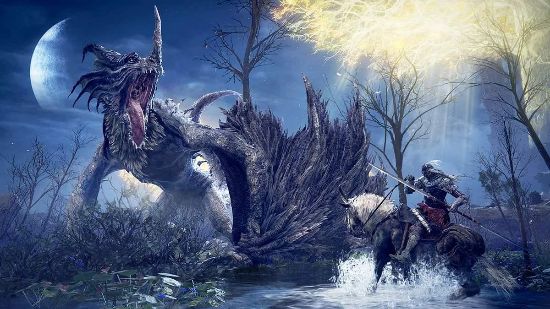 Absorptions of the Flying Dragon Agheel

The negative numbers represent the percentage of your damage that is thwarted. For instance, 40% of the harm of that type will be dealt and 60% will be canceled if the negation is 60. Greater numbers equals less harm. A negation of 100 implies no damage is transmitted, while a negation of -100 means the enemy sustains double the amount of damage. If the damage is zero, nothing really changes.

The buildup necessary to cause it is indicated by the resistance figures. For instance, to overcome a resistance of 100, you must inflict 100 points of the specified amount. Keep in mind that these decrease over time and rise each time the effect acts. The values following the "/"s represent the enhanced resistances following each subsequent proc.

Guide of the Flying Dragon Agheel boss in the Elden Ring 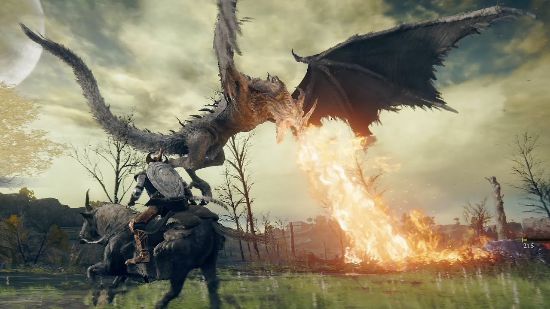