DLC should be a given after Elden Ring's enormous popularity, but the game's creator, FromSoftware, has stayed mum as usual. The evidence has been accumulating for a while, but after the game's v1.07 update last month, new files have been added, adding further fuel to the fire.

Dataminer sekirodubi has been working on the Elden Lord's behalf by exploring the game's code's most secretive areas and teasing us Tarnished with enticing nuggets. According to reports, the new files make mention of the following: 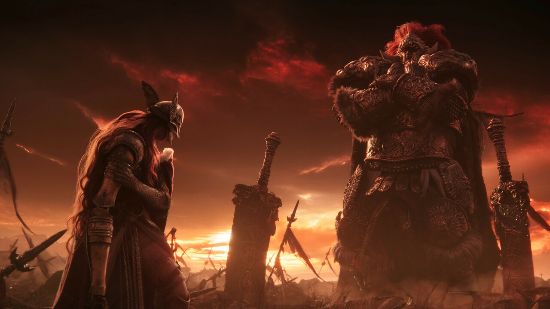 Since the game's release, many have speculated that it will include certain locations, such as the Colosseum. This makes sense given that there are numerous similar buildings strewn throughout The Lands Between, all of which are inaccessible at the moment.

Sekirodubai points out that it is quite improbable that 30 more bosses will be added to the game; instead, 30 spaces have been left vacant in case it becomes necessary. Crossing our fingers and hoping to hear more soon will have to do. Keep your fingers crossed that Geoff Keighley has made arrangements for The Game Awards!