In the Elden Ring world, Deathbird is a Field Boss. A Deathbird is a bipedal bird that only appears at night and has arms and a bird skull for a head. They resemble the Death Rite Bird closely, however they are often less powerful than their larger winged cousins and are unable to use magic. Players do not need to fight this boss in order to proceed in Elden Ring; it is an optional boss.

It is supposed that the ashen corpses of the deceased are raked out of their kilns by the Deathbird, graveyard fire guardians.

Location of the Deathbird boss 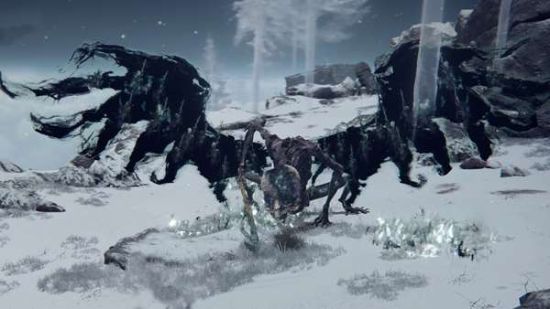 Combat information of the Deathbird

The negative numbers represent the percentage of your damage that is thwarted. For instance, 40% of the harm of that type will be dealt and 60% will be canceled if the negation is 60. Greater numbers equals less harm. A negation of 100 implies no damage is transmitted, while a negation of -100 means the enemy sustains double the amount of damage. If the damage is zero, nothing really changes.

The Best Tips for Deathbird